Most Diverse Country & Its Folk Festivals

Most Diverse Country & Its Folk Festivals

India is a country of festivals and its diversity. Every day here people celebrate a festival. Every festival has its own history, religious belief. Today is also a great day for India and the beautiful thing is that same festival is celebrating in different states with different culture and rituals. Today India is celebrating Lohri, Makar Sankranti, Pongal, Bhogali bihu, Uttarayan & Paush parva.

Lohri is a Punjabi festival & celebrated on January 13 each year.Though popular belief has it that Lohri is celebrated to mark the end of peak winter; this festival is traditionally associated with the harvest of the rabi crops. The traditional time to harvest sugarcane crops is January; therefore, Lohri is seen by some to be a harvest festival. And thus, Punjabi farmers see the day after Lohri (Maghi) as the financial New Year.Every year Makar Sankranti is celebrated in the month of January. This festival is dedicated to the Hindu religious sun god Surya. This significance of Surya is traceable to the Vedic texts, particularly the Gayatri Mantra, a sacred hymn of Hinduism found in its scripture named the Rigveda.

Pongal has its roots in the Sangam Period roughly identified from 6th century BC to 2nd century AD. Legends say that Pongal celebration is not less than 2,000 years old. The principal theme of Pongal is thanking the Sun god, the forces of nature, and the farm animals and people who support agriculture. It is celebrated in the southern part of India.

Magh Bihu or Bhogali Bihu is a celebration of bountiful nature and abundance. It is also an occasion for the people of Assam to enjoy (bhog kora) and share in the gifts of nature as a community, and to strengthen a sense of identity and belonging.

To visit of booking email us at info@contesasia.com

New Covid Variant "Omicron" was founded in South Africa and WHO warned...

Sustainable Travel Elements – You should discuss with your suppliers

Let's restart our Businesses with lot of positive hope and prosperity... 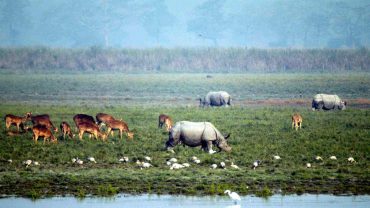