Explore our collection of handcrafted  Kerala tour packages which have been tailored to various themes and specialties so as to suit you whether you are planning a family holiday in Kerala, a spa break in some of the best Ayurveda retreats in India or whether you are looking for a... More

Explore our collection of handcrafted  Kerala tour packages which have been tailored to various themes and specialties so as to suit you whether you are planning a family holiday in Kerala, a spa break in some of the best Ayurveda retreats in India or whether you are looking for a beautiful beginning with romantic honeymoon tour packages. Colonial towns, pristine backwaters, ancient temples, heritage sites and scenic beaches, all these are the ingredients for a picture  perfect Kerala tour.

Arrive at Chennai (formerly known as Madras), your gateway to the sunny south and capital of Tamil Nadu, a state renowned for grandiose temple sculpture and architecture of the Chola, Cheran, Pallava and Pandya Dynasties. At one time, the Madras Presidency was also one of the four divisions of British India. So, the city of Chennai offers travellers and enthusiasts an interesting blend of the old and the new, the artistic and the academic, the historic and the scenic. In the afternoon, you will take a tour of this sprawling city with its wealth of art and architecture, its National Art Gallery and Museum, Fort St. George, Marina Beach and San Thome Cathedral, among many other landmarks.

Drive to Mahabalipuram, famed for its beautiful 7th Century shore temple, its early rock cut temples with their characteristic mandapams (pillared pavilions), and five temples sculptured as rathas (chariots). Then,complete the day tour by driving on to the temple town of Kanchipuram, one of India’s seven sacred cities. The ancient capital of the Pallava and Chola dynasties, Kanchipuram still boasts of about 200 ancient temples. In addition to being an important pilgrimage centre, Kanchipuram is today a bustling centre of commerce, known best for its handwoven silk fabrics, especially sarees.

Drive to Trichy, also known as Tiruchirapalli. A city that was at the centre of a long and bitter power struggle between the Cholas, the Pandyas and the Pallavas, until the Cholas regained control in the 10th Century. The town and its most famous landmark, the Rock Fort, perched on an 83 m high rocky outcrop are truly spectacular.

Drive to Madurai through the picturesque Tamil Nadu countryside, and check in at the hotel. Relax for the rest of the day.

Day tour around Madurai, one of south India’s oldest seats of culture, learning and pilgrimage. Known to have had links with Greece as far back as the 4th Century BC, Madurai became a major centre for writers, builders and academicians by the 14th Century AD. Today, its main attraction is the labyrinthine complex of temples within the Sri Meenakshi Temple, spread over six hectares. The temple contains friezes, stone and brass images, as well as one of the best exhibits of Hindu deities in its 1000-pillared hall. Outside the temple are the Musical Pillars which when tapped, produce the entire scale of ‘swaras’ or musical notes. Your sightseeing tour in Madurai will include visits to Tkulum (Mariamman) a tank with an island temple in the middle, the museums and the bustling bylanes of the Madurai market.

Drive on to Thekkady, the Spice Capital of India, renowned for its sprawling spice and tea gardens. At Thekkady, a visit to the nature park and a spice plantation will revitalise you with the aroma of fresh spices that fills the pristine air.

From Thekkady you will continue your journey to Kochi, one of the most enchanting towns of south India.

Day tour to discover the charm of Kochi. You will visit the Jewish Synagogue, Jew Town, the ancient Mattancherry Dutch Palace, the Fort Cochin area and St Francis’ Church. Of course, all along the harbour you will be amazed by the beauty of the Chinese fishing nets, especially at sunset.

Drive to the Garden City, the Silicon Valley of India, Bangalore. The capital of the state of Karnataka, with a finely balanced mix of natural attractions and superb historic architecture, Bangalore holds as much appeal for devotees, as it does for historians, wildlife enthusiasts and nature lovers. The day tour of the city will take you to the regal state legislature, the Vidhan Soudha, the Visveshwara Industrial & Technological Museum, the botanical gardens of Lal Bagh created by Haider Ali and Tipu Sultan, 120 hectares of Cubbon Park, Gole Temple and Ulsoor Lake.

Drive to Mysore. En-route you will visit Srirangapatnam, the place from where Haider Ali and Tipu Sultan ruled much of southern India during the 18th Century. Built on a long island in the Cauvery River, the crumbling fort of Srirangapatnam stands as testimony to their historic resistance to the British.

Mysore is one of the most well known destinations of Karnataka, and with good reason. The magnificent Maharaja’s Palace that marks the city’s skyline is adorned on the inside with an abundance of stained glass, mirrors and gilt. The Chamrajendra Zoological Gardens in Mysore is one of the best in India, and the Art Gallery has what is probably the finest collection of paintings and musical instruments. Another must-see, is the Durga (Kali) temple atop the Chamundi Hill, only 10 kms south of Mysore. Mysore is also the incense manufacturing capital of the country.

Leave Mysore to spend the day in the ancient town of Hassan. En-route you will visit Sravanabelagola, the Monk of the White Pond, the 17 m tall naked statue of Bahubali said to be the world’s largest monolithic statue. This is one of the oldest and most important Jain pilgrimage centres in south India. From the serenity and simplicity of Sravanabelagola, you will go on to Hassan, where you will visit the Hoysala temples of Belur and Halebid, some of the finest examples of temple architecture in the region.

Drive to Hospet which you will use as a base for an excursion to one of the most fascinating historical sites of south India, the ruins of Vijayanagar at Hampi, set amid a strange and beautiful boulder-strewn landscape. You will also visit the 16th Century Vittala Temple, a World Heritage Monument that stands as the pinnacle of Vijayanagar art and sculpture.

Your next stop on this wonderful journey is at Badami. Set in a beautiful countryside among red sandstone hills, rock hewn tanks and farmlands, Badami was once the capital of the mighty Chalukyan Empire,that ruled vast parts of central and south India from the 4th-8th Century. At Badami, you will see some of the finest examples of Dravidian cave temples.

From Badami, you will take a full day excursion to Aihole and Pattadakal. Aihole is where you will witness the evolution of Hindu temple architecture from the early shrines of the Lad Khan Temple to more complex structures like that of the Meguti Temple. In the centre of the village is the famous Durgigudi temple, known for its semicircular apse and the outstanding carvings that crowd the colonnaded passageway. Pattadakal, another developing ground for Hindu temple architecture, was the second capital of the Badami Chalukyans, used specially for royal coronations.

After the long and fascinating trip, it’s now time to transfer to the airport for your return flight home. 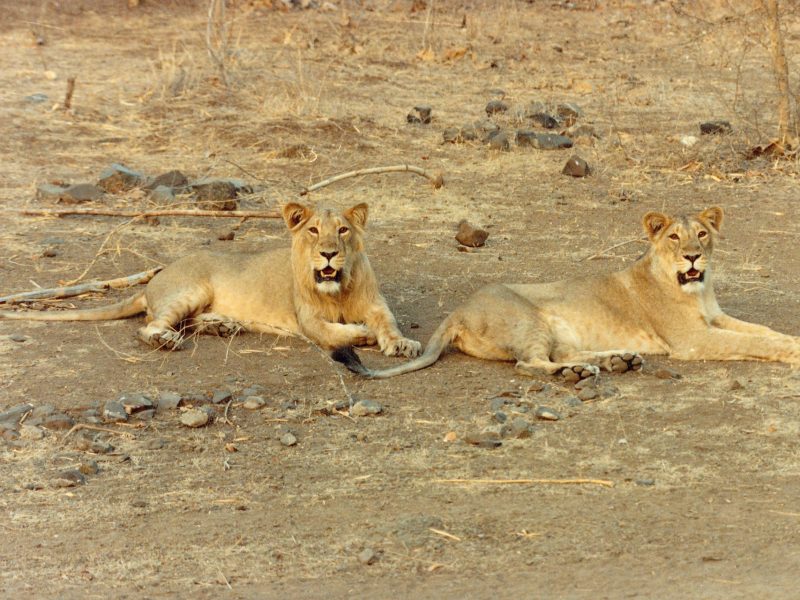 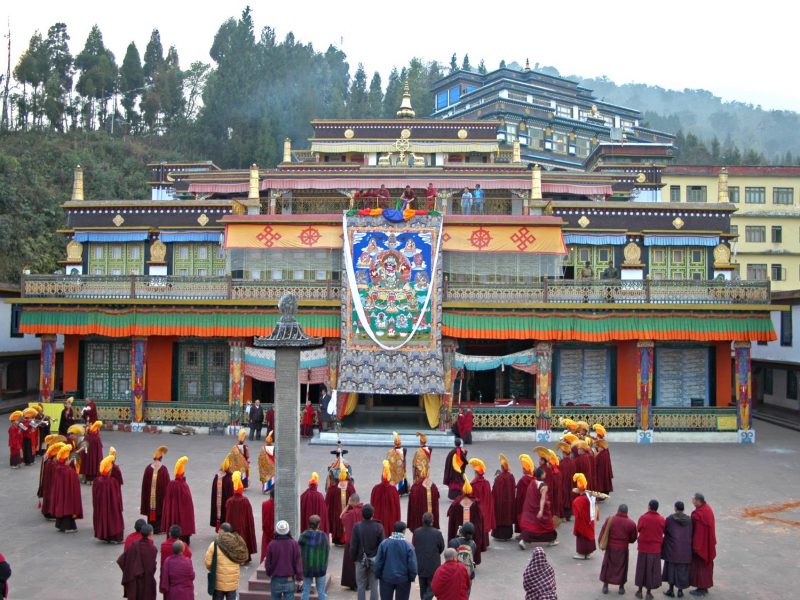 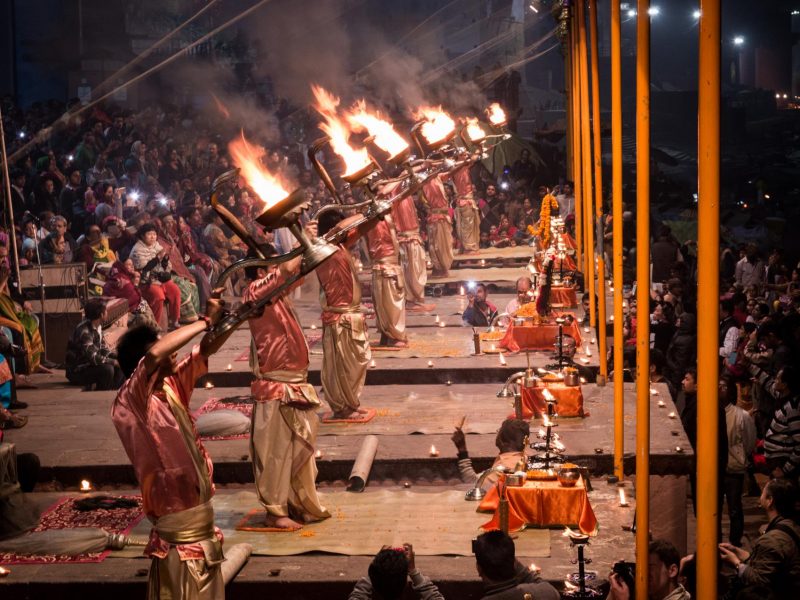 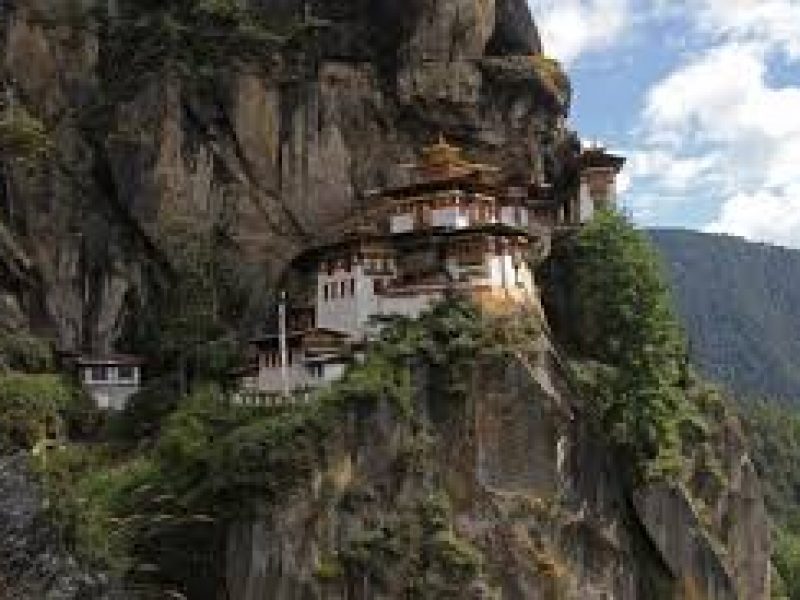